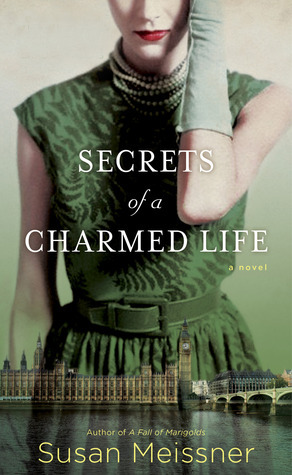 Secrets of a Charmed Life by Susan Meissner

Growing up in the East End of London during the start of WW2, Emmy Downtree took more responsibilities than a typical 15-year-old. Acting as a mother to her half-sister Julia all the while dreaming of becoming a wedding dress designer. Emmy had just taken on a part-time job at the local wedding dress store when events were speeding up in the war. Children were being evacuated from their homes and being transported to the countryside to live with foster families as the war raged on in London. After receiving a letter from her former employer, Emmy returns to London with Julia in tow. Not knowing that their return would be the day of the infamous blitz. Divided and alone, Emmy must take her own future into her own hands. But who will she be? Emmy Downtree or Isabel Crofton?

I could not put down this book. It was written so beautifully. The rage, resentment and anger Emmy felt towards her mother influenced so many of her decisions. Her love-hate relationship with being Julia’s guardian. Loving and taking her of her much younger sister, all the while wanting to spread her own wings and fly away from the life their mother had provided for them in the East End. During her journey, Emmy learned so much about her own history through accidental meetings and occurrences. The characters felt so real. We never learned in school that children where separated from their families all throughout the war. Children sent to England from other countries, children sent from London the countryside, all hoping to find safer land and shelter from the war above their heads. This is a book about the war, but moreso about one family’s experiences, losses and discoveries as a result of the war.