It seems like there’s a slew of new travel memoirs coming out this summer! Here are a few that caught my eye. Just in time for Paris in July too! 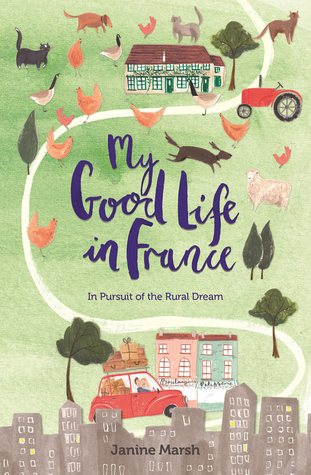 “One grey dismal day, Janine Marsh was on a trip to northern France to pick up some cheap wine. She returned to England a few hours later having put in an offer on a rundown old barn in the rural Seven Valleys area of Pas de Calais. This was not something she’d expected or planned for. Janine eventually gave up her job in London to move with her husband to live the good life in France. Or so she hoped. While getting to grips with the locals and la vie Française, and renovating her dilapidated new house, a building lacking the comforts of mains drainage, heating, or proper rooms, and with little money and less of a clue, she started to realize there was lot more to her new home than she could ever have imagined. These are the true tales of Janine’s rollercoaster ride through a different culture—one that, to a Brit from the city, was in turns surprising, charming, and not the least bit baffling.” (via Goodreads) 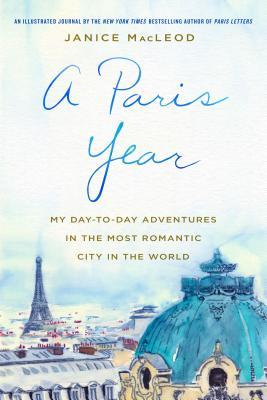 I loved the author’s first book, Letters from Paris. I’m super excited to read this next installment!
“Part memoir and part visual journey through the streets of modern-day Paris, France, A Paris Year chronicles, day by day, one woman’s French sojourn in the world’s most beautiful city. Beginning on her first day in Paris, Janice MacLeod, the author of the best-selling book, Paris Letters, began a journal recording in illustrations and words, nearly every sight, smell, taste, and thought she experienced in the City of Light. The end result is more than a diary: it’s a detailed and colorful love letter to one of the most romantic and historically rich cities on earth. Combining personal observations and anecdotes with stories and facts about famous figures in Parisian history, this visual tale of discovery, through the eyes of an artist, is sure to delight, inspire, and charm.” (via Goodreads) 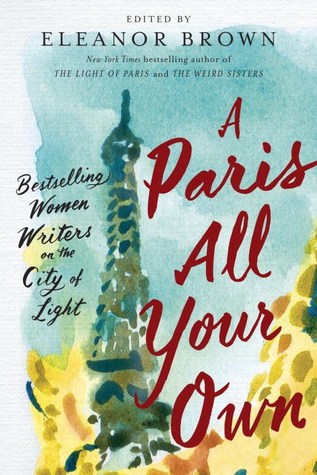 Many of my favorite female authors write about their connections to Paris and France.
“Brown (The Light of Paris; The Weird Sisters) pulls together a collection of Paris travel stories from 18 renowned best-selling female authors whose books have taken place in the City of Light in this engaging book. While each essay is a glimpse into the authors’ relationship to or experience in Paris and is unique, common themes include: expectations—the ideal of Paris vs. reality; love; breaking up; Parisian women and their penchant for extraordinary scarf wearing; and the ubiquitous dog excrement throughout the city. Brown acknowledges in her introduction the lack of diversity in writers whose books take place in Paris and so this collection reflects mostly heterosexual, white women’s personal experiences, and issues such as race, politics, and religion are not addressed. Numerous books covering life, travel, and experiences in the city exist (Janice MacLeod’s Paris Letters, Vicki Lesage’s Confessions of a Paris Party Girl), and this collection from writers who have written about the city is an enjoyable addition for readers who wish to travel to Paris or who enjoy travel essays. VERDICT An engaging, delightful glimpse into female writers’ experiences in Paris.—Louise Feldmann, Colorado State Univ. Lib., Fort Collins

This entry was posted in Books, Paris and tagged Books, France, Paris, Paris in July. Bookmark the permalink.

Leave a Reply to The Reading Life Cancel reply