Lunch in Paris is not your typical love story. Lunch in Paris is about the ups and downs, the trials and tribulations of being an American living in France. We follow Elizabeth’s life from when she first meets Gwendal to their dates, the proposal, the wedding, and life afterward. Their romance is not the center of the story. Elizabeth butts heads with France, she has a love affair with the food, carefully honing in cooking skills from her daily trips to the market. Carefully and thoughtfully woven throughout the chapters are Elizabeth’s insecurities, hesitations, successes and problems with assimilating into the French culture.

I connected with Elizabeth from the very moment she described herself as a “bit of an old-fashioned girl. I feel good in old places.” (page 6). As well as someone who was “born in the wrong century.” (page 19). I can’t say I’ve never felt the same based on my tastes in music, hobbies, movies and art. I felt she was very honest with her struggles in Paris. It seems to be every girl’s dream to fall in love with a charming, dashing Frenchman who just happens to be a good cook to boot. To get married and live in a little bohemian love bungalow with the Eiffel Tower in view from across the distance. Elizabeth fills us in on what happens after that happily ever after moment. The truth about the struggles of living in another continent from your family and friends and trying to start a brand new life.

I could readily identify with Elizabeth’s torn self between American and Parisienne. Although she sheds  a certain amount of American traits (talking loudly everywhere, buying less than quality foods, rushing through meals, etc.) there are some habits and rights of Americans that are not available in other countries. The right to a second, third or fourth medical opinion, the ability to get married and work in the country without any restrictions, optimism and a can-do attitude, the ability to rethink and reuse objects for something other than their intended use. Although France is highly cultured, part of that is the strict adherence to the mentality of stasis.

At the end of each chapter, Elizabeth pens a couple of recipes that she had discussed during the chapter. Food and cooking very important to her, as they were the stepping stones of her entrance into the French life. From her first introduction to her then boyfriend’s closest family and friends, to her ability to improve her French and order meat like a pro at the butcher’s. What I like about the recipes is that I already own most of the ingredients in my pantry. They are regular pantry herbs and spices and only the proteins used would require any extra effort to locate, even that effort is limited. The recipes are a mix of traditional French, recipes of Elizabeth’s Jewish heritage, and sometimes a cross between the two styles, with a little American classic comfort foods thrown into the mix. She begins each recipe with a little paragraph explaining its origin as well as how to change certain ingredients to get a more personal and unique flavor from the dish. 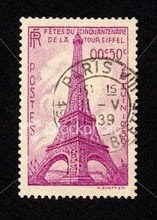