Balzac and the Little Chinese Seamstress by Dai Sijie 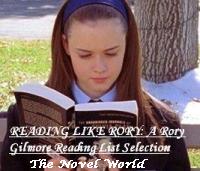 A fiction book that teaches a history lesson through love triangles, political tyranny with storytelling all circled around one Honore Balzac.

Balzac and the Little Chinese Seamstress by Dai Sijie is an endearing story of two city boys sent to the mountains for China’s Re-Education program during the infamous Cultural Revolution, which ran from 1966 to 1976. I found an excerpt from an online article indicating how this revolution started:

“In 1964, Mao drew up a list of thirty-nine artists, writers, and scholars, and branded them ‘reactionary bourgeois authorities’. The list included many people who had been leaders in their fields like Wu Han who wrote “Dramas of the Ming Mandarin”. The list was not open to the public, so these thirty-nine people were not purged then. But Mao ordered the communists working in every region to expose other ‘reactionary bourgeois authorities'”

Books have been banned, citizens are being picked off as enemies of the state for minor infarctions, for just trying to enlighten their lives. In this Big-Botheresque world, the two main characters come across a suitcase full of banned books that open their eyes, their hearts and minds to new worlds, and new people. Along they way, they met a little Chinese seamstress, a country girl that both men fall in love with.

I chose this excerpt from the book because it seems to sum up the changes seen in the characters:

“Picture if you will, a boy of nineteen still slumbering in the limbo of adolescence, having heard nothing but revolutionary blather about patriotism, Communism, and ideology and propaganda all his life, falling headlong into a story of awakening desire, passion, impulsive action, love, of all the subjects that had, until then, been hidden from me”

There is a series of revolutions taking place throughout this novel within the characters. You see them change as they bring new philosophies into their lives. Its an honest portrayal of the impact and the power of literature on the oppressed. How, for some people, we read for enjoyment, and for others, reading is a survival skill, to mentally survive mundane routines and oppressive, moody governments.

I’ve only done a brief reading of the Cultural Revolution in China, and this book has definitely sparked my interest in wanting to learn more about such a troubled time in such a powerful nation.

One response to “Balzac and the Little Chinese Seamstress – Review”